As the most used law in electricity, Ohm’s law establishes that the intensity of the current flowing between two points of an electrical circuit is proportional to the voltage between these two points. Thus, it is used to explain the relationship between the current, voltage and resistance, where “I” is the current that flows through the object in amperes, “V” is the potential difference of the objects’ terminal in volts and “R” is the resistance in ohms.

That is to say, “R” is the constant and independent unit of the current; “V” has a minor current fluency at a higher resistance, and “I” is directly proportional to the applied voltage and inversely proportional to its resistance. In consequence, the Ohm’s law focuses on the property of some materials. However, it is not an electromagnetic law as Gauss’ law. In maths language, it’s translated as V = IR

The History of Ohm’s Law

Before any resistance calculator was created, the Ohm’s Law was born in 1827 by the German physicist Georg Simon Ohm. He did a vast investigation in the galvanic series field, discovering some voltage and current values that were flowing through simple electric circuits. Nowadays, this investigation led to a law which carries his name.

Due to that, Ohm received many acknowledgments and tributes: Munich University granted him the Chair of Professor of Physics in 1849, and the Royal Society – London acknowledged him with the Copley medal in 1941. Nevertheless, the top-notch tribute was naming the electric resistance unit after him, Ohm.

Ampere: it is the standard unit of electrical current, which is produced by a pressure of one volt in a circuit having a resistance of one ohm.

Consequently, Ohm’s law works for circuits and passive circuit sections that a) have exclusively resistive loads (but not inductive or capacitive) or b) have a permanent regime. In both cases, the value of the conductor’s resistance could be affected by temperature. Therefore and from a Physics point of view, any device or material inserted into an electric circuit provokes resistance in the current flow. This resistance can be increased or decreased depending on the material used.

To calculate the resistance given by a material with specific length and thickness, we must apply the Ohm’s formula:

For further information, we share a table with some values of rho (ρ), depending on the type of conductive material: 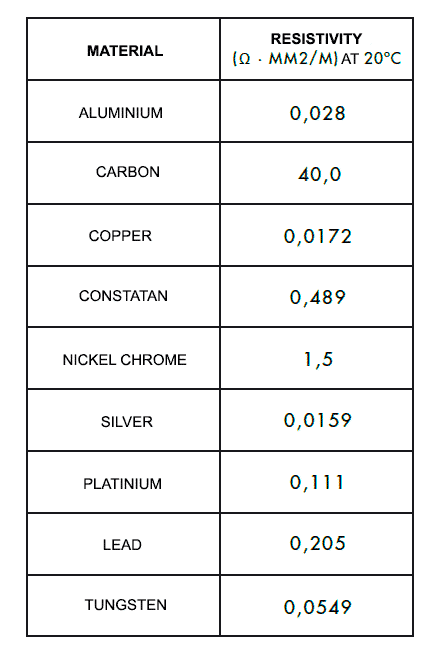 To calculate the resistor values​​, we already know the resistivity constant (ρ), so we must identify both the conductor length (L) and section (S). Meaning: 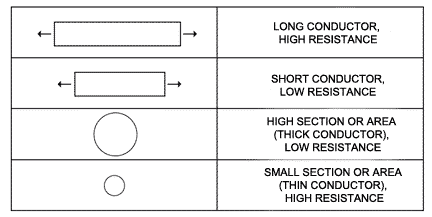 This device will allow you to calculate the voltage, current, resistance and power in an electrical circuit through Ohm’s Law and its derived formulas.

Ask for more information by filling out the form below, we will contact you shortly.